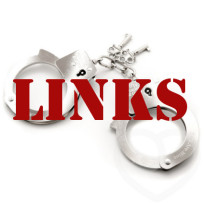 When I first started publishing my own brand of no-holds-barred, quirky, and highly indecent fiction some years ago, I had no idea how much of an impact it would have on so many different people from all walks of life.

Emails from readers of both sexes began to arrive in numbers, asking me to write about specific scenarios, suggesting ideas, or simply just praising my work.

I was flattered and encouraged, but also intrigued. I focus on themes of non-consensual domination, control, and humiliation. I don’t try to pretty it up, and it can make uncomfortable reading at times.

It is a subject matter that holds personal significance, but as I began to correspond with more and more readers, I realized that these tales were also far more than just sex fantasies to them.

For many, I had touched a nerve and opened up a complex tangle of subconscious desires that they hadn’t been aware of before.  In fact, my stories are nothing more than a reflection of society itself (or rather its dirty underside) and of course my plots are all merely extrapolations of what might, and probably would, happen if the usual constraints and taboos of society were not there to regulate matters.

I soon found myself writing not just as an outlet for my own emotions, but also to satisfy the increasingly insistent needs of my loyal band of followers. Barren spells of output usually trigger a barrage of emails from readers demanding the next installment of their favorite story!

I write mostly about sexual humiliation, but it goes deeper than that. The mental and emotional interplay between my characters is of as much, if not more, importance than their physical relationships. I like to worm my way into people’s minds, and have in some cases, so I have been told, even ‘changed their lives’.

My stories are often hard-hitting, too close for comfort, and not for the fainthearted. But whether you love them or loathe them, as long as I continue to be visited by these prurient thoughts, I find myself compelled to keep on writing them down.

Lorenzo’s preoccupation with deviant sex dates back as far as he can remember – as does his love of the written word.

Add into the mix his strict Victorian-style upbringing, and the result is Lorenzo’s passionate literary exploration into the heady realms of sexual and social humiliation, forced behavior modification, and physical and psychological control and domination.

When he’s not writing, Lorenzo hangs out at a tropical beach side bar, people-watching, and dreaming up more salacious tales.

He can be contacted at: lorenzo@lorenzomarks.com